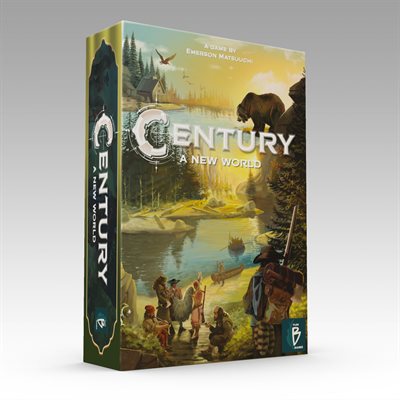 Press and move to zoom.
Mouse over image to zoom.
Click to enlarge
Plan B Games

Century: A New World is the conclusion to the critically acclaimed Century series. Players serve as traders in the American colonies - they will trade with native people and navigate the wilds. Players familiar with the Century series already know that you can mix this title with the other two Century games for a potential of 7 unique games!

Powered by k-eCommerce for Acomba